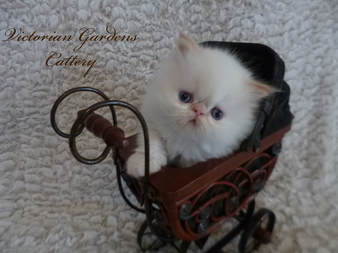 Male Flame Point Himalayan
Welcome to Periwinkle's Nursery at Victorian Gardens Cattery.  In Periwinkle's Nursery, we feature all her new Persian and Himalayan litters, including their photos, videos, parents, and pedigrees.  You will find all the latest news about her babies and their growth on "Our Cattery Blog".  We usually are blogging several times a week during our kitten season. 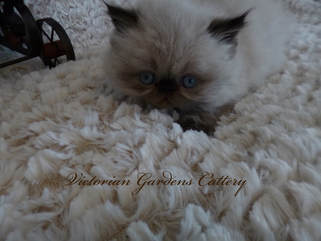 Female Seal Point Himalayan
Her babies will remain on our Nursery page and then will be made available on the Available Kitten Page. Please enjoy watching the videos and looking at our newborns.  Each day the babies change.  It could be their color changing, or their size, or their eyes opening.  It is always an exciting time at the Cattery when the babies arrive. We have ordered this page with the most recent videos and pictures at the top then going to Day 1 at the bottom.  Enjoy Periwinkle's newborns as much as we do. If you are interested in being on the wait list for one of our litters, please fill out the "Kitten Application" and return to us.  More information on our policies are found on the Prices and Policies Page. Serious only inquiries please. 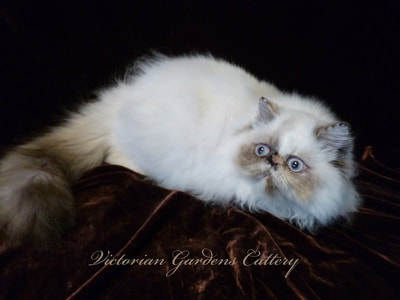 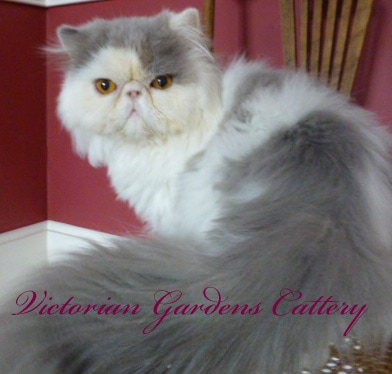 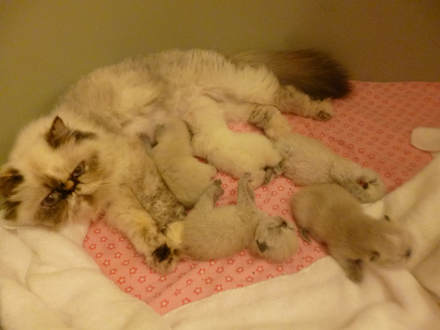 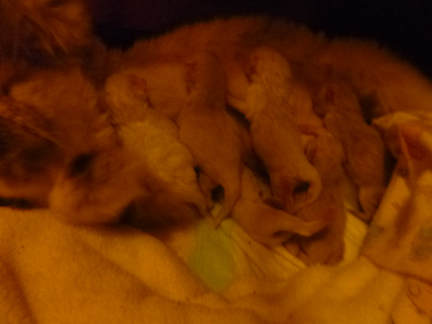 Periwinkle had her babies in the early morning hours of August 8, 2017.  It does appear that there are Seals Points, Seal Tortie Points and a Flame Point in this litter.   Periwinkle is being an awesome first time mommie.  We are helping with feeding them every so often. We will have new photos and videos soon.  We expect these babies to leave around November 8, 2017.

Update: We had one kitten fail to thrive within the first few days.  Periwinkle now has five kittens and they are doing great. In fact, their eyes are opening early and they are already starting to sit up and look around and try to walk on Day 7.